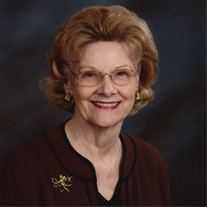 Obituary Adrienne Lynne Kirk Susong died in her sleep in her family’s home on the morning of Tuesday, October 6, after an extended illness. She was a faithful Christian who was a member of North Avenue Presbyterian Church for more than 50 years. She had been active in Presbyterian Women and the Chancel Choir, and was a devoted children’s Sunday School teacher. She was an intelligent woman with firm opinions, a passionate interest in politics, and a soft heart for the innocent and unloved. Mrs. Susong was born on November 23, 1936, in Highland Park, Michigan, a suburb of Detroit. She was raised both in Michigan and in Mill Creek, Georgia, outside Dalton, her parents’ hometown. As a young adult she moved to Atlanta and began a career in fashion at Rich’s department store. She worked as a ladies’ buyer and also managed several ladies’ fashion departments. In 1968, a colleague introduced her to Walter Susong Sr., an older widower who was an attorney with the Coca-Cola Company. They had a whirlwind romance and were married soon after meeting. She moved to his cattle farm in Rockdale County and in 1974 gave birth to their only child, Andrew Kirk Susong. They remained happily married until his death in 1996. She also embraced her step-son, Walter Susong Jr., and his family. Mrs. Susong’s greatest joys in later years were her two grandchildren, but throughout her life she was motivated by a love of children. In addition to teaching children’s Sunday School, she volunteered as a foster parent, helped a Guatemalan family immigrate to the U.S., and worked as executive director of the Georgia Right-to-Life Political Action Committee. Her pro-life efforts were part of a broader interest in civic affairs. She was among the generation of grass-roots activists whose work resulted in a sea-change in Georgia politics in the 1980’s and 90’s as Republicans came to dominate the state’s elective offices. She worked tirelessly for conservative candidates and held numerous party offices, including First Vice-Chairwoman of the Georgia Republican Party and delegate to the Republican National Convention in 1984 and 1988. Mrs. Susong was an adventurous soul with an inexhaustible appetite for travel; she visited every continent and dozens of countries over the years, including many unlikely destinations. She steamed through Eastern Europe on Soviet ships, camped under armed guard in war-torn El Salvador, and dodged Communist Party minders while visiting underground churches in China. She wouldn’t hesitate to clamber into a rickety plane or a leaky boat if it was going somewhere interesting. Adrienne Susong was preceded in death by her husband Walter Susong Sr., her father Carl Kirk, her mother Eurdyce Kirk, her sister Elizabeth Anne Kirk-Hepworth, and her step-son Walter Susong Jr. She is survived by her son Kirk Susong, her daughter-in-law Kate MacKenzie Susong, and their two children, Jack and India. She is also survived by her step-daughter-in-law Bebee Susong, and two step-grandsons, Walter Susong III and John Susong, and their families, as well as her brother Terry Kirk, his wife Johnetta, and many beloved nieces. Mrs. Susong will be interred next to her husband in Oak Grove Cemetery in Greeneville, Tennessee on Tuesday, October 13. A memorial service will be held at North Avenue Presbyterian Church in Atlanta, on Sunday, October 18, at 2:00 p.m. Due to COVID, attendance at the memorial service is limited but can be live-streamed at the church’s YouTube channel (www.napc.org/live). To send flowers to the family or plant a tree in memory of Adrienne (Kirk) Susong, please visit our floral store.

Obituary Adrienne Lynne Kirk Susong died in her sleep in her family&#8217;s home on the morning of Tuesday, October 6, after an extended illness. She was a faithful Christian who was a member of North Avenue Presbyterian Church for more than... View Obituary & Service Information

The family of Adrienne (Kirk) Susong created this Life Tributes page to make it easy to share your memories.

Obituary
Adrienne Lynne Kirk Susong died in her sleep in her...

Send flowers to the Susong family.