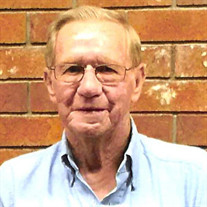 Avery Ayers, 90, of Greeneville, died Thursday morning at Johnson City Medical Center. He was a veteran of the Korean War and retired from Greene Valley Developmental Center. Mr. Ayers was a former Constable in the 9th District and a former... View Obituary & Service Information

Send flowers to the Ayers family.