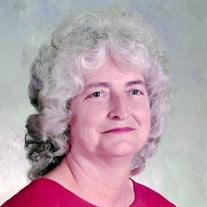 Betty Louise Shelton, age 85, a homemaker, passed away Monday afternoon at her home in Greeneville. She was a member of Horse Creek Church of God and attended as long as her health permitted. Survivors include her children: Danny L. and Nancy... View Obituary & Service Information