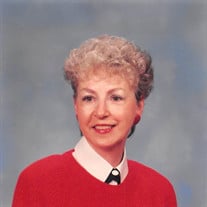 Dr. Carolyn Hawkins Brown of Greeneville passed away quietly on Monday at Select Specialty Hospital in Bristol, Tennessee. She was a retired professor and higher education administrator holding the title of Associate VP for Academic Affairs at her latest place of employment, Tusculum College. She was born in Mountain City, TN, in August 1946, a graduate of Johnson County High School; she earned her undergraduate degree in elementary and special education from Tusculum College. She later earned a master’s degree and Ed.D. from East Tennessee State University in Educational Leadership and Policy Analysis. Her specialization was research and statistics at the graduate level. Dr. Brown began her professional career in teaching at Greeneville Middle School where she taught for five years before returning to ETSU to complete her doctorate. She served on the graduate faculty at East Tennessee State University, the State University of West Georgia in Carrollton, GA, and was a professor of Education and Director of Teacher Education and assistant dean at King College in Bristol, TN. Lastly, she was an administrator at Tusculum College where she specialized in assessment and regional accreditation issues. She presented her work professionally at the regional, state, national and international arenas. Dr. Brown’s research on Multiple Intelligences was presented internationally in Arman, Jordan, and also Southport, England. Dr. Brown worked as a volunteer, both during her working career and her retirement. She volunteered in the Health Care Foundation Office at Laughlin Memorial Hospital. She was an officer in the Volunteer Organization of LMH Volunteers and was the Region V State Director of volunteers. She served as the program coordinator, financial coordinator, and later president of the Greeneville Christian Women’s Club. Also, Dr. Brown served on the Advisory Board of the Niswonger Performing Arts Center. She authored the first set of Bylaws for the center that is in use today. She was active as an usher at the Center and was a strong advocate for the theater and the arts. Dr. Brown served as an educational consultant and volunteer for several missionary trips abroad to Brazil, Mexico, Myanmar, and Seoul, South Korea. She served as a short-term missionary in Armenia, Colombia, South America, and co-authored an English-speaking curriculum for Spanish children for Cumberland Presbyterian children. She was a member of the Greeneville Cumberland Presbyterian Church, an Elder, and chairperson of the Mission and Outreach Committee. She developed and initiated outreach programs for the children through VBS. She served as vice-president and president of the Cumberland Presbyterian Women’s component of the Greeneville Cumberland Presbyterian Church (CPW) organization. In Guatemala, she organized a VBS for over 100 children at an orphanage in a missionary trip organized by the Cumberland Presbyterian Church. The group was on a mission trip to build a small house for families who had no shelter other than pieces of scrap metal. Dr. Brown is survived by her husband, Bill R. Brown, and her only child, her daughter, Dr. Sherri Lynne Brown-Laughner and son-in-law, Mark Laughner, of Louisville, KY; sister: Deanna Lee Hawkins (Ted) McGinnis of Sugar Grove, NC; brother: Robert Steven (Donna) Hawkins of Laurel Bloomery, TN; several nieces and nephews; sister-in-law: Wanda Brown Dye and a nephew, George Hill, both of Knoxville. She was preceded in death by her mother, Lillian Hawkins. The family will receive friends from 2 – 5 p.m. on Thursday, May 27th, at Doughty-Stevens Funeral Home. The funeral service will follow at 5 p.m. in the funeral home chapel with the Rev. Jamie Lively officiating. Family and friends are asked to meet at Philadelphia Cemetery at 11 a.m. Friday for the committal service. Memorials may be made to the Greeneville-Greene County Humane Society.

Dr. Carolyn Hawkins Brown of Greeneville passed away quietly on Monday at Select Specialty Hospital in Bristol, Tennessee. She was a retired professor and higher education administrator holding the title of Associate VP for Academic Affairs... View Obituary & Service Information

Send flowers to the Brown family.