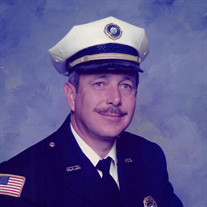 Clyde Willis Broyles Jr., age 75 of the Orebank-Warrensburg Community, died Friday at Morning Pointe of Greeneville after a long battle with COPD. Clyde was born September 26, 1946, to the late Willis and Savel Dawson Broyles. Willis was a... View Obituary & Service Information

Send flowers to the Broyles family.