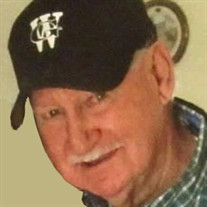 Dan Boles, 93, of the Raders Sidetrack Community, died Monday, July 26, 2021. Joseph Daniel Boles served in the U.S. Army. He also lived briefly in Michigan. He loved dogs and was a coon hunter. He was also a past President of the Greene County... View Obituary & Service Information

Send flowers to the Boles family.