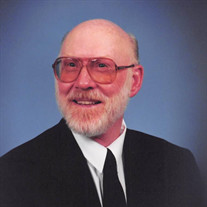 Hugh Brown Bowman, age 82, went home to be with our Lord and Savior from complications of Covid19 at Greeneville Community Hospital East on Saturday, August 28th. Hugh was born October 4, 1938, a son of the late Joe A. and Mable Bowman Sr. He was a lifetime member of First Baptist Church of Greeneville and loved his church family and all the contacts he made as a church greeter. Hugh was especially proud of his country and the time he served in the United States Marine Corp from 1956-1962. He was a member of the Elbert Kinser Detachment #615 of Greeneville. Hugh was a salesman and then a service writer for several dealerships and independent auto shops until his retirement. He was a member of Greeneville Shrine Club and the Kerbela Temple. His years as a Shriner were quite a joy to him, as he loved to help raise money for the Shriners Hospital. Hugh, who never met a stranger, loved his family and friends and was always ready to share a story about his family. He loved all Tennessee Sports and the Atlanta Braves. Survivors include his wife of 60 plus years: Naomi Williams Bowman; daughters: Teresa Kay Bowman, Lisa (Carl) McKinney; granddaughters: Ashley Malone and Taylor Winkle; grandson: Kirk Alan Malone; great-granddaughters: Kaylei Malone of the home and Harlynn Killman; great-grandson: Riley New; one brother: Jim Bowman; sisters-in-law: Linda Humphreys and Marty Bowman; nieces: Jodi (Mickie) Tobie, Amanda (Chris) Gosnell; nephews: Joe A. (Melanie) Bowman III, Randy (Becky) Bowman, Chris (Amy) Bowman, Chuck (Michelle) Humphreys, Bill (Lorie) Williams, and Jimmy (Sierra) Bowman; several great-nieces and great-nephews. In addition to his parents, he was preceded in death by a brother: Joe A. Bowman Jr; father-in-law and mother-in-law: Bill and Pauline Williams; sister-in-law: Effie Bowman; brother-in-law: Rex Humphreys; special nieces: Angela Crum and Louisa Bowman. The family would like to thank Dr. Prince and Dr. Bakshi, the nurses on 4 West and the ICU Unit, Respiratory Therapy at Greeneville Community Hospital East for their diligent care and compassion. The family will receive friends on Saturday, September 4th, from 12 – 3 p.m. at First Baptist Church of Greeneville. A celebration of life will be at 3 p.m. immediately following the visitation. Due to Covid19 concerns, the family would like to ask that everyone wear a mask and observe social distancing. Dr. David Green will officiate. Military honors will be rendered by the Greene County Honor Guard. Private burial will be in GreeneLawn Memory Gardens at a later date. Honorary pallbearers and special friends are: Phil and Pam Gentry, Charlie and Connie Cobble, Dennis and Brenda Cates, Bob and Vickie Lilly, Betty Loftis, Dave and Anita Clark, Dale and Laurie Luengen, Bobby and Vivian Franklin, the Koinonia Sunday School Class of FBC Greeneville, members of the Elbert Kinser Marine Corp League, and the Greeters at FBC Greeneville. Memorials may be made to First Baptist Church, 211 North Main Street, Greeneville, TN, 37745, or to Greene County Veterans Association, PO Box 804 Greeneville, TN 37744 (earmark check for the Veterans Park), or to Greeneville Shrine Club, P.O. Box 531, Greeneville, TN 37744. Doughty-Stevens Funeral Home is in charge of arrangements.

Hugh Brown Bowman, age 82, went home to be with our Lord and Savior from complications of Covid19 at Greeneville Community Hospital East on Saturday, August 28th. Hugh was born October 4, 1938, a son of the late Joe A. and Mable Bowman Sr. He... View Obituary & Service Information