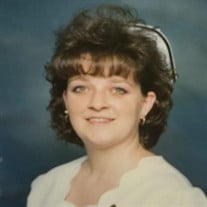 Kimberly Farmer Dunbar Bowman, born Tuesday, January 6, 1970 went home to be with the Lord on Monday May 2, 2022 at the age of 52, at Wellmont Health System in Kingsport, TN after a very extended illness. She was of the Pentecostal belief. She received her RN and Bachelor’s degree in Office Administration from Tusculum University and her Master’s Degree in Business Management from King College. She worked for Genex Services until January, 2018 when her health no longer permitted. She worked with Caris Hospice for several years, opening their Greeneville and Johnson City offices where she made many lifelong friendships. She said so many times that she believed hospice was her “true-calling” and she was an exceptional nurse and caregiver. Her two sons, however, would tell you that her “true-calling” was being the perfect mom and grandmother to them and her grandchildren. She is survived by her loving partner and caregiver, William Dunbar; two sons and girlfriends, Christopher Dunbar and Marcella Lowe; Kevin Dunbar and Ashley Riddle; three grandsons, Lindan Dunbar, Jerryd Dunbar, and Jesse James “JJ” Reppond; sister and brother-in-law Melissa and Jeffrey Harris; nieces and spouses, Amber and Jason Hall and Alexandra and James Blevins; great niece and nephew, “Rylee Bug” Parton and Jaxton Blevins; mother-in-law Carolyn Dunbar; sisters-in-law Kelly Dunbar and Joy Bowman Shelton; Aunt Pat & Uncle Lenny Wilds and Aunt Rebecca Lowe; bonus mother-in law Anna Sue Harris; special cousins Roger Bowens, Alisa Harmon Jenkins, and Dewayne Wilds; best friend Beverly Odom; special school friends Karen Shelton Whitehead and Leslie Carter-Riley. Other family and friends too numerous to mention. She was the daughter of the late Ronald Farmer and Linda Harmon Farmer. She was preceded in death by Grandparents William Farmer and Dorothy Quinn Farmer; Grandmother Helen Wilburn Harmon; and her beloved Father-in-Law Jerry Dunbar. In lieu of flowers, the family has asked that donations be made to Doughty-Stevens Funeral Home to help with final expenses. There will be no formal service. The family will have a Celebration of Life service on Saturday, May 14, 2022 at Hardin Park, Pavilion #5. Friends may drop in between 1pm – 5pm. They ask that you bring stories to share about what you remember most about Kim.

Kimberly Farmer Dunbar Bowman, born Tuesday, January 6, 1970 went home to be with the Lord on Monday May 2, 2022 at the age of 52, at Wellmont Health System in Kingsport, TN after a very extended illness. She was of the Pentecostal belief. She... View Obituary & Service Information

Send flowers to the Bowman family.