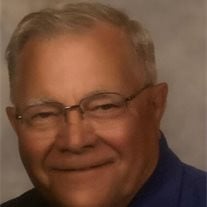 Obituary Lawrence Henry Lawson of Jonesborough passed away Monday, December 28, 2020. He was born October 3, 1941, in Lebanon, Pennsylvania. Larry grew to find his life’s calling as a Husband, father, and independent business owner. Meeting his wife, Joyce, while serving in the Air Force, stationed in Plattsburg, NY. They soon began a loving marriage which spanned fifty-eight years. A genuinely self-made man, Larry worked his way from the field to the independent ownership of LMC, Inc., specializing in sales of asphalt plants. Larry loved fishing, boating, golf and especially dancing. Mostly, he loved life. He always had to stay busy and never idle. Our father was and will always be our hero, he always was the first one we turned to for sincere, loving advice. We know our father will be with us in spirit, watching over our whole family as he always did on this Earth. The memories that he gave us will endure forever. My father was my hero growing up. In a world of make believe and cartoon heroes I was blessed with a real life one that I admired. I am deeply grateful for the father he was and the life I had being his son. Our dad was a kind and generous man who made it a point to include anyone and everyone so that no one should feel left out of the circle. He was not only a dad, grandfather, and father-in-law, he was also a genuine friend. He was a smart, intelligent and sophisticated individual that had a special gift for all trades requiring hands on work and was an extremely skilled craftsman. Dad was also a kind and very giving person who had compassion for all life and led a life of service to all. He possessed a laugh and a chuckle, that would rival Santa Clause. He was the first to help and the last to stop. A true lover of laughter and life that can never be replaced. His passing is preceded by his father, Ernest T. Lawson; his mother: Helen Smith Lawson, as well as his brothers and sisters: Donald, Tom, Kathleen, and Louise. Larry was the middle child of seven. His brother, Leonard, and his sister, Lynn Marie, survive him. Survivors include his loving wife: Joyce; his children: Christine, David, Lori and husband, Adam, and Steven and his wife, Rebecca; seven grandchildren; four great-grandchildren. Lawrence and Joyce are members of Notre Dame Catholic Church in Greeneville, TN, where he proudly served as an active member of the Knights of Columbus. The funeral mass will be held at 11:00 a.m. Saturday, January 2nd, at Notre Dame Catholic Church in Greeneville. In lieu of flowers please make a donation to James H. Quillen VAMC, Voluntary Service (10035), P.O. Box 4000, Mountain Home, TN 37684. Lawrence Lawson lives on in the hearts and minds of his loving family and friends.  To send flowers to the family or plant a tree in memory of Lawrence Henry Lawson, please visit our floral store.

The family of Lawrence Henry Lawson created this Life Tributes page to make it easy to share your memories.