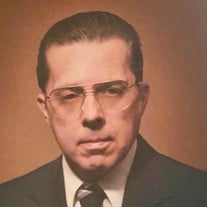 Lionel Nelson Humphreys Jr., 80, of Greeneville, met his Lord Jesus face to face on Friday, August 13, 2021 after passing away at his home surrounded by loved ones. He was a well-known former grocer/businessman in Greeneville and surrounding communities. He was a faithful member of Towering Oaks Baptist Church. Mr. Humphreys attended the University of Tennessee from 1958 until 1961, where he graduated Summa Cum Laude with a degree in Business Administration. He joined his father’s company, Quality Foods, Inc. (Super $ Markets and Food City) in 1961 and held several positions within the company through the years, becoming President and CEO in 1971. He sold the company to K-V-A-T Food Stores of Abingdon, Virginia in 1985, and worked for Mr. Jack C. Smith at that company until 1990, when he semi-retired from the supermarket business. At that time, he became President of Valley Realty Company, Inc. a property management company in 1996, where he worked with his son, Scott Humphreys. Mr. Humphreys stated that his relationship with Jesus Christ as his Lord and Savior, and the strong Faith which it gave him throughout his business career, through several severe illnesses, surgeries and all of life’s mountains and valleys, was the greatest testimony of his life – to the Glory of God alone as God had been with him every moment of every day since he accepted Christ as Master of his life. He stated that, since that time, the Blood of Jesus had covered all the mistakes and sins of his past life and had washed his sins as white as snow as he turned from his old life to a new life in Him. He has stated that the second greatest testimony to his life was the wonderful years spent with his beloved wife, his two children, five grandchildren, eight great-grandchildren and another two on the way and many other wonderful friend and family relationships God granted him. Mr. Humphreys stated that his wife of 64 years, Dorothy, had been the closest thing to an angel he had encountered. He said that this obituary was intended, not to tell his life story, but should be used to glorify God the Father and Jesus Christ the Son. His greatest desire was to encourage the reader to seek and find the new life he experienced through Jesus Christ the Lord. Amen. He is survived by his wife, Dorothy; his children: Scott (Penny) Humphreys of Greeneville and Sherry (Tootie) Wright of Chuckey; his grandchildren: Todd (Tara) Humphreys of Massachusetts, Liza (Nathan) Wallace of Georgia, Beth (Nathan) Burger of South Carolina, Leah (Nate) Willis of Limestone and Rachel (Tom) Roddy of Johnson City; eight great-grandchildren, Jett and Declan Humphreys, Vivian Roddy, Tyce, Raven and Kade Willis and Isla and Mairen Wallace. Mr. Humphreys was preceded in death by his parents, Lionel Sr. and Blanche Humphreys, an infant son, Christopher and several special aunts and uncles. Visitation will be held at Doughty-Stevens Funeral Home from 4 – 7 p.m. on Tuesday, August 17th. A funeral service will be held at 11:00 a.m. on Wednesday, August 18th in the chapel of Doughty Stevens Funeral Home officiated by Pastors Tommy Pierce and Dennis Shumate. A processional and short graveside service will follow at Oak Grove Cemetery in Greeneville. Pallbearers are: son, Scott Humphreys and grandsons, Todd Humphreys, Nate Willis, Tom Roddy, Nathan Wallace and Nathan Burger. Honorary pallbearers are: special life-long friends: Bob Southerland, Danny Helton, Hal Ward, Verlis Williams, James Davis, Dr. Robert Mosca, Dr. Tom Beckner; church family and friends from First Christian Church and Towering Oaks Baptist Church; longtime relations and associates of Quality Foods and K-V-A-T Food Stores, and myriad of very special “angels” from Amedisys Hospice Care in Greeneville, especially Anita, Amber, Vickie and Kathy, who became like extended family.

Lionel Nelson Humphreys Jr., 80, of Greeneville, met his Lord Jesus face to face on Friday, August 13, 2021 after passing away at his home surrounded by loved ones. He was a well-known former grocer/businessman in Greeneville and surrounding... View Obituary & Service Information

Send flowers to the Humphreys family.