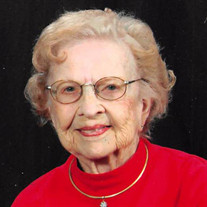 Lucille Hunter Paris, age 98, passed away Friday afternoon at Greeneville Community East Hospital. Lucille was born and raised in the small town of Spring Creek, North Carolina, a community that lay a short distance from Hot Springs. Growing up in that rural community, Lucille developed a deep appreciation for both hard work and education, graduating with her bachelor’s degree from Western Carolina University at the age of nineteen. She would later earn her master’s degree from the University of Tennessee – Knoxville while working as a teacher. Lucille’s love of learning carried through and beyond a long career in education. Starting her career as a grade school teacher shortly after graduating from WCU, Lucille moved on to teach English as a grade school teacher in Greeneville, Tennessee. Later, she would teach physical education at Greeneville High School, also sponsoring the cheerleading squad during her time there. Eventually, she would move from the classroom to the guidance office, serving as a counselor at GHS, then at both Ross N. Robinson and John Sevier Middle Schools in Kingsport, Tennessee, and ending her career after serving as a guidance counselor at Dobyns-Bennett High School for many years. Throughout her career, Lucille inspired and supported innumerable students as well as members of her own family to achieve their God-given purpose. Hers was such a life well and fully lived, and over the course of so many years, that no supply of words could sufficiently describe it. She was actively involved in several civic organizations, teacher’s organizations, and her church. Even in retirement, she would exhibit a servant’s heart, serving as a candy striper at Laughlin Memorial Hospital. Lucille was widowed by her husband, Robert Jobie “Bud” Paris, and widowed again by her second husband, Jim Moore. She was also preceded in death by her parents: Phil Van Hunter and Lula Cooper Hunter; her brother: Phil Hunter, Jr.; her three sisters: Alice, Bertha, and Georgia, as well as many nieces and nephews. She is survived by her son: Robert Hunter Paris of Kingsport, TN; her grandson: Hunter Riddick Paris of Greeneville, TN; her granddaughter-in-law: Jill Carrie Paris of Greeneville, TN; her two great-grandchildren: Eamon Paris and Ian Paris; as well as by her nephews: Jimmy Evans and Ken Meadows; and her nieces: Mary Helen Schulte and Libby Doub; also a grandniece: Nicole Hunter and a grandnephew: Van Hunter. The family will receive friends at Doughty-Stevens Funeral Home from 6 – 8 p.m. on Tuesday. Funeral services will be held at 1:30 p.m. on Wednesday in the Doughty-Stevens Chapel with the Rev. Cynthia Thompson officiating. Interment will follow in Oak Grove Cemetery. Active pallbearers will be Hunter Paris, Ed Nesbit, Pete Trickey, Mike Russo, Julie Knight, Deborah Johnson, Jim Evans, Ken Powell, and Jack Vaughn. Honorary pallbearers will be John McInturff, Kent Bewley, Dan Burgner, Ted Bradford, and Judy Robinson.

Send flowers to the Paris family.