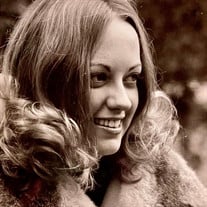 Nancy Lorene Wallace Davis, 70, died Monday, December 27, 2021 in Washington, D.C. She was born May 16, 1951 in Washington, D.C. to Charles Earl and Elma Jane Isobel Hayes Wallace and grew up in Arlington, VA. An honor graduate of Washington-Liberty High School in Arlington, she was a representative to the first annual Presidential Classroom in 1969. She graduated from Agnes Scott College with a B.A. in psychology and biology in 1973. She earned an M.Ed. degree in sociology from Converse College in 1977. A resident of Spartanburg, SC from 1973-2021, Mrs. Davis taught science at Evans and McCracken Junior High Schools, taught biology at James F. Byrnes High School, and served as a substitute teacher and instructor for homebound students. She worked in the circulation and serials departments of the Spartanburg County Public Library for 9 years starting in 1989 and briefly wrote a regular column for the Rockbridge (Virginia) Weekly newspaper. Mrs. Davis was a member of Trinity Presbyterian Church in Arlington for 22 years, where she sang in the choir and was president of the junior and senior youth groups. She joined First Presbyterian Church of Spartanburg in 1974, where she served on the Weekday School Committee for 7 years. She was also a member of the Junior League of Spartanburg and a founding member of the Vera Davis Parsons Garden Club. She helped establish the Converse Heights Neighborhood Association in 1979 and served on the board from 1984-1988. Her other volunteer activities included staffing the gift shop at Mary Black Hospital, developing the first “Mini-Grants for Teachers” project, serving as a member of the PTO for 15 years, and assisting with her children’s swim team meets every summer. She was a member of the South Carolina Education Association, the Spartanburg County Science Teachers Association, the Friends of the Library, and the Magnolia Debutante Club. She moved to Hyattsville, MD in July 2021 and, despite vision and mobility challenges, remained curious about the world and found reasons to laugh. Always a fan of tidy endings, she left this world from the same D.C. hospital system through which she entered it 70 years ago. Mrs. Davis was an insatiable reader of news and nonfiction. Gardens, butterflies, birds, and pets – especially cats – were a joy to her. She treasured her children, instilling in them a love of science, reading, word play, laughter, and nature. As an amateur medical researcher, she helped many friends navigate health challenges and advocated for vaccines, including the COVID-19 vaccine which she took at the first opportunity. Unfortunately, she contracted a highly contagious variant of COVID, which ultimately led to her death. Her only marriage ended in divorce in 2001. Her mother and father, and her brother, William Hayes Wallace Sr., and her sister-in-law, Marian Wallace, of St. Charles, MO, preceded her in death. She is survived by her daughter, Tinsley Hayes Davis Cohen (Mark Cohen), of Berkeley, CA; her son Paul “Trey” Dupree Davis III (Paul Lee) of Washington, D.C.; and a nephew and four nieces. Graveside services and interment will be 1:00 pm Sunday, March 20th, at Pleasant Hill Cumberland Presbyterian Church Cemetery in Greene County, TN. In lieu of flowers, memorials may be made to the Spartanburg County Public Libraries, Mobile Meals of Spartanburg, or the Spartanburg Humane Society.

Send flowers to the Davis family.