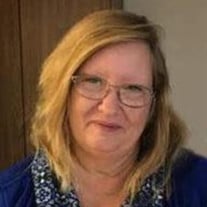 Pamela Ida Carter, age 63, of Greeneville died Friday, August 27, 2021 at the Johnson City Medical Center. Mrs. Carter was a homemaker and a loving Mother, Nana, Sister and Aunt who loved her family and spending time with them. She is survived... View Obituary & Service Information

Send flowers to the Carter family.