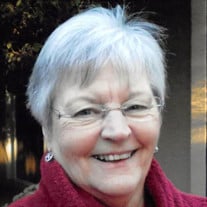 Greeneville, TN – Peggy S. Teague “MeeMee” passed away peacefully on August 28, 2021. She is preceded in death by her beloved husband of 47 years, William Edward “Abe” Teague II; son, Mark Shane Teague; brother, Kenneth Stapleton Sr. and his wife Christine; sister, Gaye Haulsee and her husband Mike; a dear niece, Christy Hoover and a host of lifelong friends and family members. She is survived by her daughter, Lorie (Tim) Waddell of Greeneville; sons William E. “Edd” Teague III of Greeneville and Joe Pat (Sheryl) Teague of Tampa, FL; her beloved grandchildren, Lucy Katherine (Garrett) Garcia of Tampa, FL and Austin Edward Teague of Seminole, FL; and great grandchildren Teague Garcia and Kennedy Garcia of Tampa, FL as well as many dear nieces and nephews especially Leigh Ann (Joe) Lakins of Morristown, TN; Justin (Caroline) Lakins of Spring Hill, TN; Jordan (Brittany) Hoover and Nolan Epps of Morristown, TN. Peggy was born to the late Marzell and Venus Hartsock Stapleton on January 6, 1933 in Hansonville, Virginia. Her formative years were spent in Lynn Garden just outside of Kingsport, TN. She graduated with honors in 1950 from Lynn Garden High School and dreamed of going to nursing school but those plans soon changed. One day Peggy asked her brother Kenneth to introduce her to a handsome friend who was on leave from Southern Railway playing minor league baseball for the Kingsport Indians. Kenneth refused and discouraged her by saying he was much older. But a determined Peggy found out that they hung out at his brother-in-law’s store and conveniently showed up one day, finally getting that introduction to Abe Teague, the love of her life. That meeting turned into an invitation to the county fair and by Christmas that year they were husband and wife. Theirs was a true love story that now lives on. Peggy dreamed of the day she would see Abe again. Peggy and Abe moved to Greeneville in 1951, and later built a home on Gregory Avenue where they raised four adored children. After having three rambunctious boys, she felt forever blessed that her fourth was her precious daughter Lorie. Peggy was the heart and soul of her family and the kind of mother every child would want. Her family will always remember the delicious meals served with love and laughter around her big oak table in the kitchen, weekends at the lake, picnics in the mountains of East Tennessee and so many happy gatherings with friends and family. That unconditional love extended to her children’s closest friends who considered her their “second” mother always ready to share warmth, comfort and her unique ability to make you laugh and feel loved. Her grandchildren will forever treasure all the love, care and fun times they spent in Tampa and Greeneville with their beloved “Meemee”. Many will remember her as a great teacher’s aide at Sunnyside School and appreciated her talents in the Greeneville community through her work in retail at J & R Drug Store, Nancy Lynn’s Dress Shop, Robin’s, the Gift House and the Mustard Seed. She loved the history of Greeneville and for many years, she was an active member of the Andrew Johnson Club. Those who knew Peggy best would describe her as a loyal friend, genuinely charming, funny, generous, warm and deeply loved. Most importantly, Peggy was a devoted Christian and prayer warrior who loved her Lord, her church family, women’s circle and Sunday school group at First Baptist Church Greeneville. She lived and shared her deep faith with family and friends throughout her entire life. She was a true joy and will be missed dearly. The family would like to thank all those individuals who helped care for Peggy in her last years. Active pall bearers will be Austin Teague, Justin Lakins, Jordan Hoover, Nolan Epps, Steve Lane, Steve Scott, Doug Fezell and Dougie Fezell. Honorary Pall bearers will be Margie Douthat, Terry and Judy Douthat, Maxi Douthat, Kenneth Stapleton, Jr. and Bob Howell. The family will receive friends at First Baptist Church of Greeneville on Thursday, September 2nd, from 11:00 am -1:00 pm. Funeral services will begin at 1:00PM with Dr. David Green officiating. Burial will follow at GreeneLawn Memory Gardens. Memorial contributions may be made to First Baptist Church Greeneville located at 211 North Main Street, Greeneville, TN 37745. Doughty-Stevens Funeral Home is in charge of arrangements.

Send flowers to the Teague family.