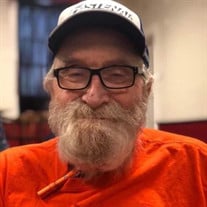 Raymond Earl &#8220;Dizzy&#8221; Dean, 77, of Greene County, went home to be with the Lord on Wednesday at his home surrounded by his family. He was a graduate of North Greene High School and served in the U.S. Army. He was a member of Bibleview... View Obituary & Service Information

Send flowers to the Dean family.