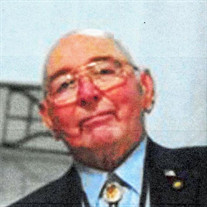 Robert W. Hale, 80, of Greeneville, passed away early Sunday morning at Greeneville Community Hospital East. He was a retired Sergeant Major from the United States Army. During his career, he received the following decorations and citations:... View Obituary & Service Information

Send flowers to the Hale family.