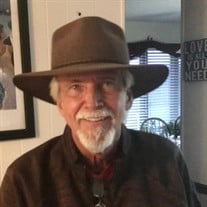 Tommy Greenway, well-known owner of The Butcher’s Block Restaurant, passed away Monday at his home. He had a very strong faith in God. He regularly attended Calvary Church in Johnson City, TN, or watched the live streams every Sunday morning. He will be remembered for his devotion to his sons and their sports endeavors. His love of sports as a player, coach and mentor was widely known. His love for people and overwhelming generosity for the community providing meals for the homeless on Thanksgiving Day and the gatherings of friends and family on Christmas Eve at the restaurant where he would prepare food for anyone as his Christmas gift, will never be forgotten. Survivors include his business partner and close, special friend: Leslie Cox; Marcia Greenway, Susan Greenway, Rodney and Becky Greenway and their children: Chelsea, Ashley, and Graison, Alyssa and Russell Locher and their children: Rowan and Kayden, Jimmy and Sierra Bowman and their daughter, Alana, Caden Cox, Phyllis and Buddy Cobble and their children, Robin Shelton and special friends: Steve Scott and his family, Heather Leonard and Roger Cassell; past and present Butcher’s Block employees; and numerous extended family and friends. He was preceded in death by his wife: Teresa “Wesa” Greenway; sons: Chase Greenway and Jordan Greenway; parents: Bill and Kathleen Greenway; brothers: Charles Greenway and Dwane Greenway; special aunt: Bonnie Greenway. The family will receive friends from 2 – 5:30 p.m. Monday, July 12th, at Doughty-Stevens Funeral Home. Funeral services will be held at 6 p.m. Monday in the Doughty-Stevens Chapel with the Rev. Ronnie Baxter officiating. Burial will follow the service in GraceLand Memorial Gardens with Pastor Ron Lee officiating. Active pallbearers will be Steve Scott, Jimmy Bowman, Russell Locher, Caden Cox, Steven Banner, and Rick Smith. Honorary pallbearers will be the employees of The Butcher’s Block.

Tommy Greenway, well-known owner of The Butcher&#8217;s Block Restaurant, passed away Monday at his home. He had a very strong faith in God. He regularly attended Calvary Church in Johnson City, TN, or watched the live streams every Sunday... View Obituary & Service Information

Send flowers to the Greenway family.