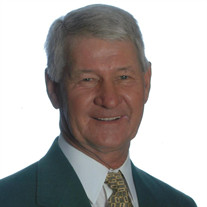 Tony Allen Bird, 77, of the Glenwood community, passed away at Johnson City Medical Center on Monday, September 20, 2021. Tony was a lifelong resident of Greene County and was a member of Timber Ridge Presbyterian Church, where he had served as a deacon and an assistant leader of the youth fellowship. He was a longtime active member of the Glenwood Ruritan Club. Anyone who was acquainted with him will remember his special sense of humor. He retired in 1999 following 30 years of service as a tobacco inspection supervisor from the United States Department of Agriculture, where he received several awards for his work and traveled to markets in Tennessee, Kentucky, Virginia, North Carolina, South Carolina and Georgia. He then returned to work with Burley Stabilization Corporation overseeing inspection for foreign markets for a period of time. He had a vast knowledge of tobacco from growing to inspecting for domestic and foreign markets. Tony had a passion for hard work and farmed with his dad and granddad from an early age. Upon his marriage to Betty Jane Roberts in 1963 he moved to the Glenwood community and managed the family farm, Hill and Dale Farm, after the passing of his parents-in-law. In 1966 he and his dad purchased Quaker Valley Farm in the Rheatown community where he spent long hours raising tobacco and Angus cattle until his health forced his retirement in 2016. Quaker Valley Farm was named the 1988 Farmstead of the Year by Keep Greene Clean, the Agri-Business Council and Greene County Farm Bureau. Tony earned the J.W. Massengill Award for Distinguished Service to Agriculture from the Greene County Partnership Agribusiness Committee in 2017. Tony was on the board of directors of the Greene County Farm Bureau and served as its president for ten years. Survivors are Betty Roberts Bird, his wife of 57 years; daughter and son-in-law, Pam and Allen Johnson; son, Scott Bird of Knoxville; sister Joy Trantham; brother Michael Bird; nieces Susan Metcalfe, Julie and husband Jason Alderman, and Avery Bernstein; nephew Hilton Bird, great niece Abby Metcalfe; and great nephews Jackson Metcalfe and Lane Doane. And special friends Eugene Murray, Brad Reed, Doug Roberts, Kenny Cobble, Kenton Cobble, his Farm Bureau associates and his little friends, Shorty Cat and Sadie Mae. Preceding him in death were his parents, Quentin and Martha Bird; parents-in-law Edward and Johnnie Roberts; and brother-in-law Jack Trantham. A graveside memorial service will be held on Saturday, October 2, at 10 a.m. at Timber Ridge Presbyterian Church cemetery. Rev. Dr. Christine Tiller Bohn will officiate. Family will receive friends in the church’s pavilion following the service. Those choosing to join the procession should meet at Doughty-Stevens Funeral Home at 9 a.m. In recognition of Tony’s love of animals and children, the family requests memorials to the Greeneville-Greene County Humane Society (www.gchumanesociety.com), Isaiah 117 House of Greene County (www.isaiah117house.com), or Timber Ridge Presbyterian Church (www.trpctn.org) designating to the Cemetery Fund.

Tony Allen Bird, 77, of the Glenwood community, passed away at Johnson City Medical Center on Monday, September 20, 2021. Tony was a lifelong resident of Greene County and was a member of Timber Ridge Presbyterian Church, where he had served... View Obituary & Service Information

Tony Allen Bird, 77, of the Glenwood community, passed away at...

Send flowers to the Bird family.