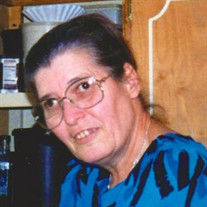 To view, Wanda's service click the following link: https://view.oneroomstreaming.com/authorise.php?k=1628784952130486 Wanda Mae Jennings, 78, of the Greystone Community, passed away Friday evening a Morristown-Hamblen Hospital. She was a... View Obituary & Service Information

Send flowers to the Jennings family.